Workshop about cultivation of organic soybeans

The event’s morning program focused on our EIP-AGRI tender, entitled ‘The Development of Complex Technology for Organic and Low-Input Soybean Production in 2020-2021’, during which we organized a field demonstration. We were able to explore the biological bases of soybean production ‘live’ by viewing the demonstration plots of different soybean varieties, planted by Magyar Szója (Hungarian Soya). In total, 21 varieties have been planted. Of the early varieties only one (Anushka) was represented, but of later-ripening varieties, in addition to the well-known and standard varieties (e.g. Mentor) we also got to know certain soybean varieties which will be introduced to the market only in the near future. The different in maturation time between the various groups was quite marked: in the earliest ripening varieties the beans were almost ready to be harvested, while in those of moderate ripening speed the leaves had not yet even begun to yellow. In general, it can be said that the plants grew shorter this year, with many pods growing so close to the ground that it was difficult to harvest them without loss.

Within the framework of the EIP-AGRI tender, we tested responses to organic and low-input technology among five early soybean varieties on four experimental plots – the plots which may be viewed in the experimental area of our Mosonmagyaróvár consortium partner. In accordance with the experimental program, low-input technology was used on the crop, so it received only seeding and a single base treatment of herbicide. No significant pathogen or pest presence was detected, and weed pressure remained moderate, with no measurable difference between these cultivars and those in the area cultivated by conventional means.

In the afternoon, as part of the ÖMKi MNVH project, we conducted field inspections and workshops in Győrsövényháza, at one of the leading organic soybean farms in the region. Here we were able to examine an organic soybean field, and the farmer who presented it to us also led us through the applied agrotechnical steps. The focus was on weed management, as there was only a small amount of weeding in the field, and although this year’s crop was much lower than usual, the average number of pods per plant still exceeded 25-30. 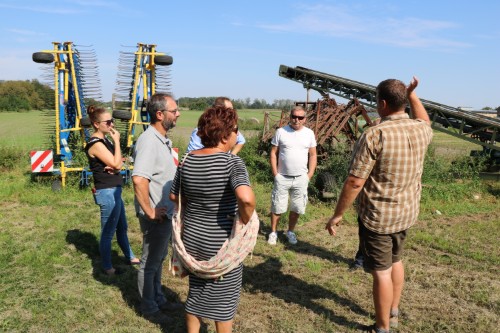 We were then able to take a look at the farm machinery, including tools for mechanical weed management. In addition to the camera-controlled crop row cultivator, there was also the minutely adjustable Treffler weeder, which can be used effectively with soybean crops, and which also contributes to the success of weed control. Here too, pathogens and pests were not detected in any appreciable quantity. This farmer has been growing the Mentor variety of soybeans for several years, since it is a proven variety on the farm both in terms of protein content and yield. The farm grows soybeans primarily for human consumption, to be sold in Austria, while the beans deemed not to meet food quality standards are sold as animal feed.

The farm produces without irrigation, which has a significant effect in terms of yield, but the farmer still counts on an average yield exceeding 2.5t/ha. During the field trip, several critical issues regarding the technology – such as planting numbers and sowing time – were also raised in informal, specialist discussions.

This one-day event was useful and informative for the participants, and hopefully contributed to the success of organic soybean cultivation for both current and future growers. 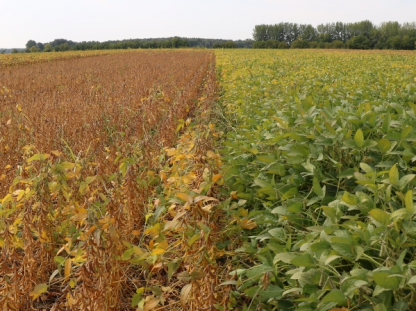 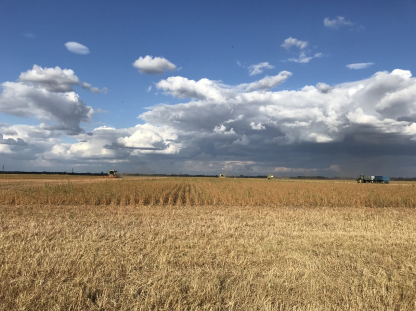 We have written about sowing soy as a second crop more than once already, as a new cultivation technology that still has a great deal of potential, both in terms of increasing the area under soy cultivation and of optimal land use. 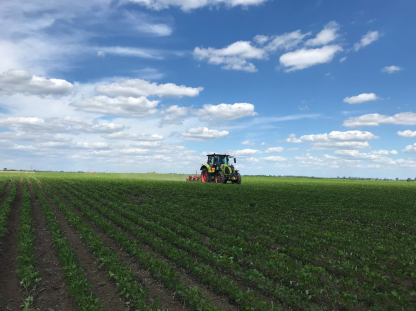