Two significant days in April will draw attention to wildlife protection and the preservation of diversity.

Agrobiodiversity – the diversity of agricultural crops and animals – contributes to our food supply, and is the key to a sustainable future and a full larder. At the time of spring sowing, the Research Institute of Organic Agriculture (ÖMKi) encourages the creation of richer, more diverse vineyards, arable fields and even gardens through the sowing of unique flower strips. With special seed mixtures for vineyards and arable fields, we can create something which is both pleasing to the eye and adds natural value to our farm or even small garden in summer.

22 April is Earth Day and 30 April is Hungarian Bee Day. In connection with these notable occasions, the Research Institute of Organic Agriculture is drawing attention to the importance of diverse flora and fauna, and the beneficial relationship between organic farming and natural habitats. As the largest research institute dealing with sustainable agriculture in Hungary, ÖMKi has been studying the effect of inter-row cover vegetation on viticulture since 2012. It is recommended that the Living Inter-Row seed mix, which has been developed in ÖMKi’s national On-farm research network and proven many times in Hungarian vineyards, should be sown in April.

Industrial agriculture often grows only a single variety or hybrid of a single species, even over several thousand hectares. In North America, for example, where maize production is particularly significant, there is a striking uniformity: across endless cornfields, half the crop is made up of a total of six hybrids. Unfortunately, though they are not so extensive, such ‘cultivated deserts’ which are extremely poor in terms of natural flora and fauna, can be found in Hungary as well. In such monocultures, however, only short-term profit calculations are considered. From an ecological point of view, single-crop farming systems of this kind are extremely vulnerable.

Yet diversity and efficiency need not necessarily be enemies. If we think sustainably over the longer term and with future generations in mind, we are compelled to understand that diversity is our only surety in the event that something happens which radically changes our production conditions – such as climate change. If diversity exists, there is a chance that the elements lost due to environmental anomalies will be replaced, and that the production system as a whole will be better able to adapt.

Organic farming is based on diversity. A change in this direction can also be sensed in Hungary, which is increasingly moving from agriculture based on chemical pesticides and fertilizers to sustainable cultivation using agroecological methods. The size of the areas involved in organic farming has doubled in the last five years, while scientific research supporting organic farming is receiving increasing attention.

In spring sowing, and not only in areas under organic cultivation, domestic producers are increasingly using special seed mixtures that protect and feed the soil by turning the inter-row spaces in vineyards, orchards and even arable land into a flowering meadow for the summer. Hungary’s wine regions are largely located in downhill areas, where the role of soil cover in minimizing erosion is of particular importance. However, covering the ground in a diverse mix of native species is not only useful in erosion protection, it is also a popular habitat for living organisms that protect grapes from certain pests. 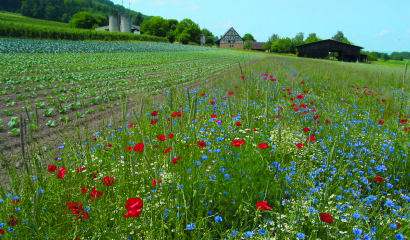 Useful insects appear 50% more frequently in floral strips. Floral ground cover is not only eye-catching, but also rewarding. In this German-language video, the farmer reports that if the cost of one spray can be saved, it will already have been worth it!

"In our recently launched LIFE VinAdapt project, we document the effects on biodiversity and ecosystem services of inter-row ground covers sown at Hungarian vineyards" said Dr. Dóra Drexler, Director of ÖMKi, speaking about the latest research.

Climate change is also affecting viticulture: dry periods are becoming longer and more frequent, interspersed with sudden, heavy rainfall which exacerbates erosion damage. The effects of climate change also entail the proliferation of existing pests and the spread of new ones. The LIFE VinAdapt programme wants to change that too. In a study of 46 vineyards across four countries (Austria, France, Germany and Hungary) covering a total of 50 hectares, experts expect that the agroecological approach will increase the resilience of vineyards to natural extremes, thus making them more resilient to the effects of climate change, while at the same time increasing biodiversity and the efficiency of viticulture processes.

The researchers’ primary goal is to use native species to increase the richness of the plantations, thus bringing back into the cultivation process such so-called ecosystem services as the formation of near-natural habitats, the establishment of natural pest predators, the enrichment of soil life, adequate humus formation, increased protection against erosion, better water retention, and a reduction in greenhouse gas emissions through improvements in the carbon sequestration capacity of plantations. 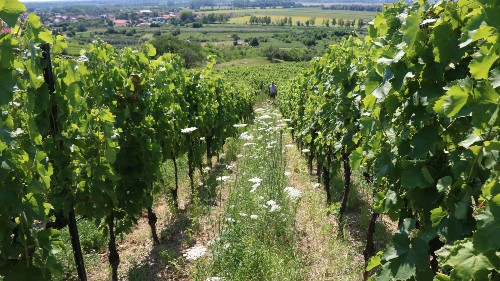 Covering the ground in a diverse mix of native species is not only useful in erosion protection, it is also a popular habitat for living organisms that protect grapes from certain pests.

The Director of ÖMKi added the following: "The positive impact of increased biodiversity on ecosystem services is well known, but in the practice of viticulture, only now will we really be able to quantify these results, and incorporate them as an integral part of cultivation technology."

The research is expected to help vineyards adapt more effectively to climate change. What is more, the results can be widely incorporated into domestic and international practice. In the project, ÖMKi staff will carry out large-scale studies in which native plants will be sown between rows of vines, and the effects on ecosystem services will be continuously monitored.

The importance of biodiversity and agroecological solutions will also be on the agenda at Ökoindustria, a virtual green industry expo and conference to be held at the end of the month. ÖMKi experts will give lectures on sustainable viticulture, the importance of organic seeds, and other useful agroecological practices.

Other useful material on this topic:

A five-part, German-language video series on the importance, sowing, cultivation and care of protective floral strips. 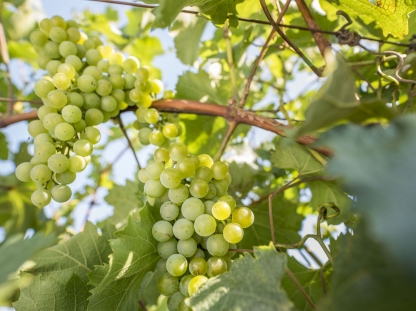 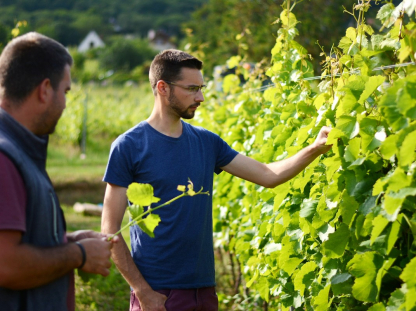 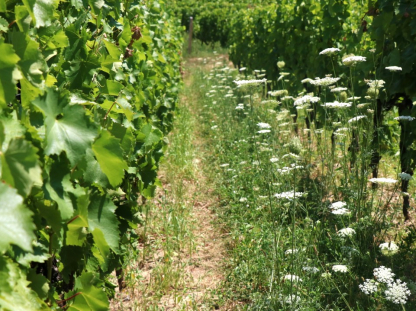