Going organic is the solution

Regional summit meeting of the sector at the world's leading organic fair.

The Hungarian Research Institute of Organic Agriculture organized the Central and Eastern European Section of the Biofach International Organic Food and Organic Fair for ninth time. The presenters evaluated the situation in their sector with regards to the CAP reform.

The 31st Biofach took place in Nurnberg between 12 and 15 February, with a record 3,700 exhibitors. The Czech Republic, Bulgaria, Romania, Ukraine and Armenia joined the Hungarian Research Institute for Organic Agriculture (ÖMKi) to introduce the region together at the most renowned fair and trade show for organic products. The world’s leading annual organic event was opened by Jane Goodall, who emphasized that “the most important goals of agriculture today are to move away from modern industrial agriculture, monocultures, intensive farming and GMOs”. The renowned scientist argued for sustainable solutions and reinforced Biofach’s motto for this year: “Going organic is the solution”. In light of the European Green Deal, a program developed by the European Commission that reached the same conclusion, the Central Eastern European countries, led by ÖMKi, discussed how to make the shift towards sustainable food systems with the introduction of the new European support system. When distributing the agricultural financial support in the new cycle, through CAP, the EU expects countries to become sustainable in food production. The spotlight was cast on their efforts and results, thanks to the separate congress session, where European policies were also represented.

The Swiss Research Institute for Organic Agriculture (Forschungsinstitut für biologischen Landbau – FiBL), one of ÖMKi’s partner institutions, published its statistical proceedings* on the occasion of the 31st Biofach. The book entitled “The world of organic agriculture” sums up data on organic agriculture from 186 countries in two ten-year intervals until 2018. The director of ÖMKi, Dr. Dóra Drexler summarized the most important lesson learned at the 31st Biofach, and from the data, saying “2018 was a record year in organic farming, as the area involved in organic agriculture increased by two million hectares. This means that based on global data, the positive tendencies observed in recent years are continuing, and Hungary can also present some achievements in this process as well”. She also added that “in the last decade, the organic agricultural sector has experienced growth of over 60 percent in Hungary. According to the most recent data, 3,929 businesses are involved in organic farming, on a land area of almost 210,000 hectares.”

This year, for the ninth time, ÖMKi has successfully motivated and led the countries in Central Eastern Europe to introduce themselves together at Biofach. The aim of this year’s session was to draw the focus on the achievements of the sector before the upcoming acceptance of the CAP, which considers the principle of sustainability a priority in the food production cycle. Romania presented its soon-to-be introduced, new organic label, the requirements of which are more stringent than the European standards. Armenia announced the initiation of a new MSc programme in organic agriculture, while the Hungarian deputy state secretary of agriculture, Dr. Anikó Juhász, reported on the accelerated growth of the sector, partly thanks to organic agricultural subsidies.

Biofach is the world’s most significant event that presents only organic products. This year there were over 47,000 registered visitors from 136 countries, as well as 3,792 exhibitors, which was a new record. The Hungarian exhibitors are organized by the Agrármarketing Centrum, while the countries of the Central Eastern European region hold high-level annual discussions on policies as a part of the Biofach, led by the Hungarian professional participant, ÖMKi

The publication can be downloaded from here: https://www.organic-world.net/yearbook/yearbook-2020.html 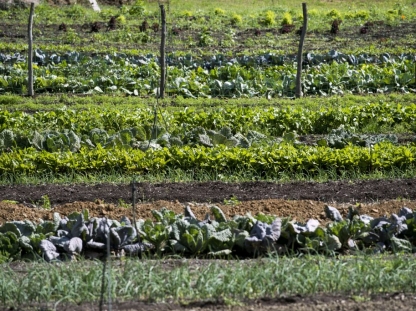 News
We know that organic farming alone cannot save the world, but it is still the most sustainable farming system

Recently, a new study was published in Nature Communications on the transition to organic farming and the emission of greenhouse gases, which spread fast in the international and Hungarian press. 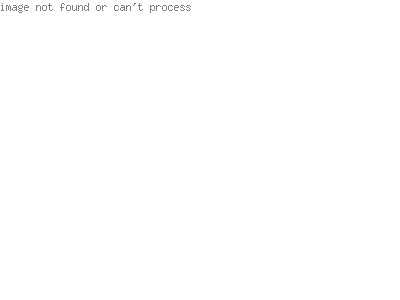 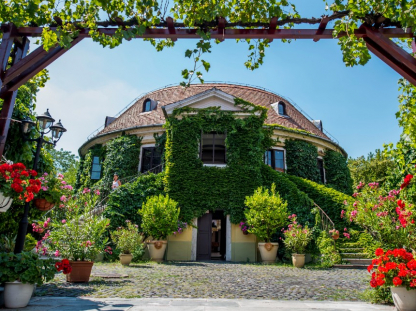